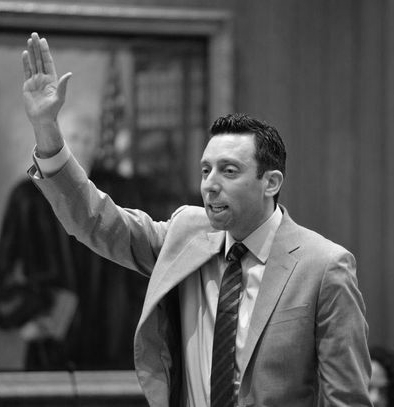 Attorney Jared Olanoff has been practicing criminal defense in the state and federal courts of Massachusetts for over 17 years.  He has tried over 65 cases to verdict in the Superior Court and is on the murder panel.

From 2013 to 2018, he represented numerous individuals aggrieved by the evidence tampering of Amherst Drug Lab chemist Sonja Farak and the subsequent prosecutorial misconduct by the Massachusetts Attorney General's Office.  He and his work are featured in the 2020 Netflix documentary How to Fix a Drug Scandal.  In 2018, he received the President's Award from the Massachusetts Association of Criminal Defense Lawyers.

As a student attorney at Suffolk University, he and his clinical professors successfully defended eviction cases and pursued discrimination suits on behalf of disabled tenants in the Chelsea Housing Authority.  ​In 2005, he was inducted into the MSPCA Hall of Fame, and in 2016, received Suffolk University Law School's Outstanding Clinical Alumni Award.